I was never a Black Friday shopper.  Mostly because, when I was old enough to have money of my own, I was usually working.  From the time I started working, the Friday after Thanksgiving was never one I was able to take off.  Which meant I had to get up at the butt crack of dawn to commute into the city for work.  I used to drive past all the stores with people lined up outside (back when stores opened at 6am on Black Friday) waiting to get in and a little part of me was jealous that they got to get all the great deals and I had to work.

Fast forward to last year.  My mom and I decided to brave T0ys R Us for their midnight opening.  She waited in the warm car while I froze my butt off in line.  We got some great deals on things.  But that was it.  We were home by 1am.

This year we decided to try Wally Mart for the 10pm sale.  We had two things on our list...the memory foam bath mats (don't laugh, they are awesome!) and a twin size bedding set for Lexi's big girl bed she's getting.  Toy Story was requested by the princess herself.

OH. MY. GOD.  NEVER. AGAIN.  We should have known how crazy it was going to be based on the fact that the parking lot was completely full at 9:30 when we got there.  We lucked out and found someone leaving and got their space, but people were parking in the nearby Bank parking lot.  In the drive thru teller line.  In the ATM line!

Anyway, we went in and quickly found the bath mats...but it wasn't 10pm yet so we had to stand in line...yes...there was a LINE for bath mats.  While my mom stood in line, I sought out a manager (yes, there was a manager to be found) and asked where the kids bedding sets might be located...since everything was all over.  (I kid you not, they had moved ALL the baby clothes into the grocery section and filled that area with pallets of DVDs).  He told me that they hadn't been able to find the bedding and he didn't think it was out.  So I went back in line with my mom...only to hear a HUGE commotion from where I came from.  Some people had started ripping into the shrink wrap that held the 10pm sale merchandise.  And this particular merchandise was SHEETS!  SHEETS!   Not TV's...NOT Laptops...SHEETS!  The manager called security and fights broke out.  It wasn't 10pm yet, but once people saw them ripping into the shrink wrap it was every man for himself.  People just started ripping into things and grabbing whatever they could.  I don't even think people were looking at what they were grabbing.

My mom and I did come away with 5 bathmats...3 for her and 2 for me...unscathed.  BUT get this.  I asked the manager, who was back picking up dropped/thrown/discarded merchandise from the floor, where, if they had the bedding sets, would they have put them.  He directed me to the kids section.  My mom and I decided we'd take a walk back there to see...after pushing our way through the electronics department (OMG really people...some of those movie titles are 20 years old.  $5 isn't a sale...you can get those for $5 on a regular day) we came to a clearing in the store.  And I found the pallet of bedding.  No Toy Story, one princess and a few Mickey M0use were all that were left.  But, what is that I see out of the corner of my eye?  There...kicked under a display of socks 20 feet away.  Is that Woody's face I see?  Why it is!!  I managed to come away with the LAST Toy Story bedding set.

Yes, I braved the Black Friday crowds for 2 bath mats and a Toy Story bedding set.  But to see the sparkle in my girl's eyes when she sees it on her custom made Jessie bed (custom made by Daddy)...will make it all worth it.  Will I brave Black Friday again?  Maybe.  I'll never be the "plan it all out hit a zillion stores, stay up all night" type of Black Friday shopper.  But I can fight the crowd for the one item my girl really wants...and if I lose and don't get it, I can say I tried...but if I win...well, seeing her face light up will be gift enough for me.

What I'm thankful for

This season I've decided to try to put things in perspective for myself and write down all the things I'm thankful for instead of dwelling on things I don't have.

So this year, I'm thankful for:

My health.  I've had a few scares this year and I'm thankful that I am healthy.

My daughter.  After 2 1/2 years, I still look at her with awe and so much love.  She means the world to me.

My husband.  We've had lots of ups and downs this year and despite all my flaws, some that were "secret" until recently, he still loves me.  And for that, I'm VERY grateful.

My home.  I have a roof over our heads.  Nuf said

My job.  In this economy, I am thankful for everyday I have this job.  I know what a blessing it was to change jobs willingly in such a poor economy.  This job gives me the freedom to have a life outside of my career.

My family.  They have proven over and over that they are fully invested in our lives and in our daughter's life.

My mom.  I have to single her out.  She gives up 3 nights and 3 days of her time to stay at my house to watch Lexi.  And she does it with no complaints of being away from my dad and things she needs to get done at her house.  She has saved us SO much in the form of daycare costs...and when I was working in an office, would have dinner made when we got home.  So thankful for her.

My best friend.  OMG what to say about her.  She's been my rock...offering a shoulder to cry on...good times...and fond memories.  I've known her for 20 years and I can see us being friends well into our senior years.  She is so active with Lexi and loves her tremendously.  She is my sister, in every way.  I love her dearly.

My friends.  Both IRL and afar.  The support I get from my friends has gotten me through some of my darkest moments.  Whether on FB, on this blog, via email or G00gle talk, or in person...I know I can connect with them and they will understand.  I wish some of you lived closer!  But I'm thankful for each of you.

I know there are probably more things that I could list...but these are the top ones.  I hope to look back on this post when I'm feeling down in the dumps and remember all the good things I have in my life.
Posted by Amy at 10:12 AM 2 comments:
Labels: thankful

Today marks the one year mark since my miscarriage.  Actually, it's the anniversary of my D&C...but since I had over a month of ups and downs, this is the day that stands out in my heart.  The day it truly ended.  I still think about that baby...and what might have been.  But my heart isn't as heavy as it once was.

I am ever thankful for the little girl I do have.  The one who has become quite opinionated and spunky.  Who tells me everyday, I love you mommy.  Having her to hug and hold made my loss slightly easier.  She won't ever remember that she had a sibling, if ever so briefly.  All I can do is remember for her...
Posted by Amy at 9:39 AM 3 comments:
Labels: miscarriage

I had my follow up mammogram today and ultrasound.  After 2 hours at the hospital I finally got the all clear.  I have very dense breasts and the "area of concern" was in fact the mole I have.  I can not begin to tell you the relief that flooded through me when I got the results.  I'm very happy today.
Posted by Amy at 5:47 PM 3 comments: 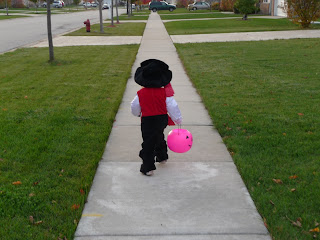 Day 5: From a high angle 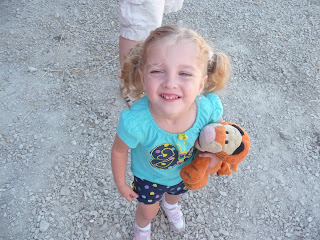 Taken at the pumpkin farm this year.
Posted by Amy at 9:43 AM 2 comments: 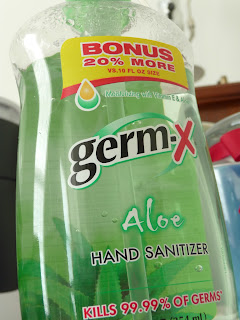 Somthing we are using ALOT of around here lately to offset the other "green" things coming out of little noses.  I'll spare you a picture of THAT.
Posted by Amy at 11:27 AM 1 comment: 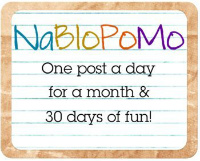 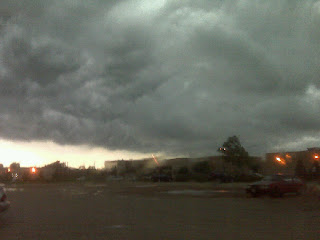 NaBloPoMo - Day 1 & 2 Self Portrait and What I wore today

So I thought I'd try to do this NaBloPoMo thing.  I've never actually posted 30 days in a row...so I fugured why not.  But I'm doing a 30 day photo challenge in conjunction with Suzy  and Kim.  And frankly, I won't be able to think of 30 days worth of posts, so this is my way of participating!

Here is the list...taken from Kim's blog...she gives appropriate credit to the originator. 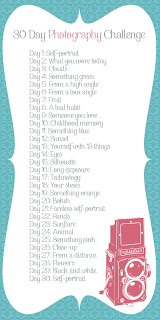 And yes, I'm cheating and using the same photo for Days 1 and 2.  Forgive the mess in the background...and the ponytail.  I work from home and don't get "gussied" up.

Posted by Amy at 10:53 AM 2 comments:
Newer Posts Older Posts Home
Subscribe to: Posts (Atom)
All images are the property of justamereivf.blogspot.com and can not be reproduced or transferred without the expressed written consent of the blog owner...namely, me!